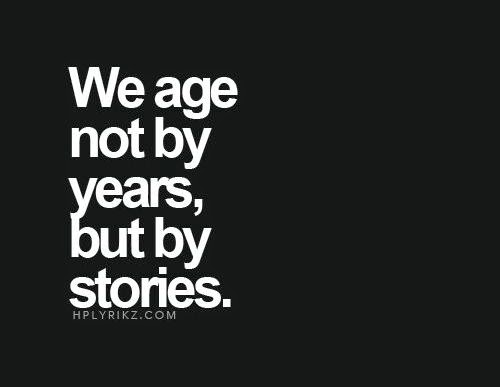 Thoughts on stepping over the beauty myth to create beyond its boundaries.

Definition: The beauty myth, an obsession with physical perfection that traps the modern woman in an endless spiral of hope, self-consciousness, and self-hatred as she tries to fulfill society's impossible definition of "the flawless beauty."

When I was a teenager, back when Five Star were in the Top 40, I wondered what the world would be like when we reached the one hundredth year commemoration of World War I.  Admittedly, I didn't forecast Google, size zero, or reality TV. But having struggled to read Sylvia Plath's, The Bell Jar,aged thirteen, I did have lofty ideas about gender equality and what it would mean to be a 21st century woman in the Western World.

So we're here, in the 21st century. It's the 100th year commemoration of World War I. I'm in London musing over a latte...and my ever hopeful thirteen year old self remains disappointed. She thought that the beauty myth would be so last century. But here we are, still holding hands with one of the sugar daddy's of inequality: the beauty myth.

This year, it's been a big discussion point in the performing arts industry as female artists across the decades, battle to be authentically seen in a society still warped by the beauty myth.   Fromfat-shamming in opera to Equity's political campaign to highlight the invisibility of older women on stage and screen, 2014 has felt like a tipping point.

The thing about the beauty myth is that it's very youth conscious. Which means that when ageing happens,older women, who have battled with the prejudice of beauty all their life, now become invisible because patriarchal constructs reason that wrinkles are flaws and an ageing women is therefore imperfect. As a result, the older woman finds it increasingly harder to be seen.  And it's this relationship between the beauty myth and age that my thoughts turn to.

“Today, however, we are having a hard time living because we are so bent on outwitting death.” Simone de Beauvoir, The Ethics of Ambiguity

I like to view evolution from a simple point of view.  I see it as a process that unleashes potential to create new and more sustainable worlds.  The performing arts industry can of course continue with its current course of action, but how much more powerful would the industry be if it tapped into the potential of all its contributors and worked in a gender equal state by creating beyond the beauty myth.

The first steps towards this new future starts with removing the best before date from performing artists. And in return, a wider interpretation of the world is reflected, which simply means we get wiser because more stories are being shared:

If we want to move on and empower an industry to embrace all its creative artists, irrespective of gender and age, creators, producers and audiences have to be the change.  Through our own courage of accepting our aesthetic selves, we can help others to put aside all those anxieties and prejudices that society cunningly imprisons us with. And we do that by writing, producing, supporting and performing works whose worlds step beyond the beauty myth.  Because if you want to build a different future, you have to model it, even when no one is looking. And we can do this by reaching out to like-minded collaborators and thinkers.  Speaking out. Living our potential and supporting others to do the same.  And above all, being our own creative mistress or master.

Find out more:
Want to read more about fat shamming in opera?
Read Jonathan Miller's take on ageism in opera.
Watch this pop stars response to the beauty myth in pop music
Want to help make equal representation of women on our screens and in our theatres a reality?  Then you can support Equity's equal representation of women petition
Liked the Simone do Beauvoir quote? Find out more about her thinking here: The Ethics of Ambiguity
Curious to find out more about the beauty myth and the equality illusion, then try this book for size

If this article either got your agreement or got your goat, you could also try this one....
Labels: Career Feminism