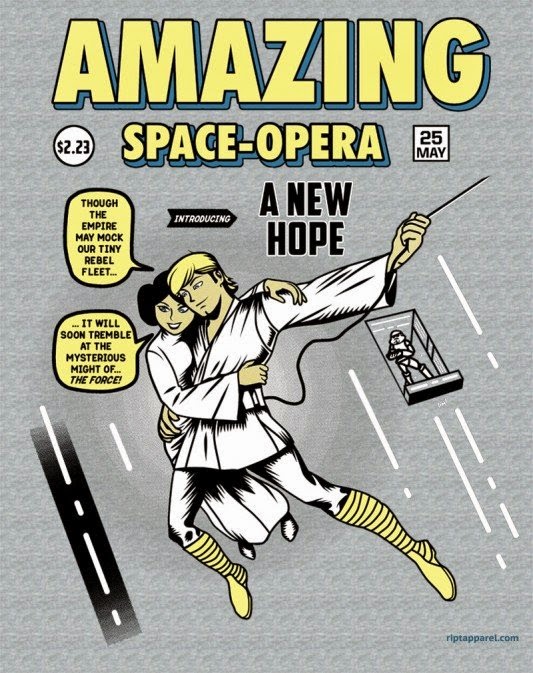 "In all affairs, it's a healthy thing now and then to hang a question mark on the things you have long taken for granted." Bertrand Russell.

It got hot and messy in the opera world this week.  As the opera industry mobilised to defend one of its rising stars after what has been called fat-shaming from critics, a series of well ornamented responses about who is to blame lives on.  Currently, the costume designer and men in general get the heat of the blame.

For context, the crux of the beauty rant centered on a young singer whose body type allegedly didn't match the role she was playing.  The male critic's observation of this opened up fresh wounds surrounding patriarchal frameworks of beauty and acceptance.  But it was the counter rant that came out of this feminist debate that sent me into a bit of a daze: What opera is.  And boy, what a temperature check that turned out to be.

Feminist discussions aside, there's been a fair few opening gambits to counter the critic's stance that visual believability in opera matters.  Alice Cootes in her heartfelt open letter to the critics stated that opera is all about the "VOICE".  Jennifer Johnston offered that opera audiences pay to hear singing, "otherwise they wouldn't be there, they'd be at the National Theatre or the RSC."  And others, in counterpoint to these claims, began a debate about what the ideal ratio of opera is in terms of aural to visual.

Today, we are living in the new renaissance.  It's quite the scramble to survive and thrive.  This week's operatic meltdown plays out against a visual world where advertising drives images at us at an uncomfortable rate of knots.  Where the feminist's reframing of beauty is now frustratingly in checkmate with the toxic beauty of CGI technology in movies and advertising.  It's a world where gender roles are shifting, reality TV has not gone away and TV sets have gone 3D.

It's a comfortable option to view live opera from a chocolate box perspective, where only the voice matters.  But how realistic is this definition in today's visual world and does it help us to future proof opera?

"We must be more mindful of our inclination to depend on visual information at the expense of the content that we actually value as more relevant to our decisions."  Sight over sound in the judgement of music performance, Dr Chia-Jung Tasy, University College London, December 2012.

People listen with their ears.  They also listen with their eyes.  Our understanding of how we communicate has developed. La Voce needs to adapt if she wants to ride the wave of this new century. But first, it seems society needs to think long and hard about where our perceptions of beauty, body image and stereotypes are driving us.  Or maybe opera could get savvy and lead the way...

---------------
References:
Catch up with this week's fat-shaming headlines, here
Read the Sight over Sound article, here
Check out this pop singer's response to the beauty factor, here

If this article either got your agreement or got your goat, you could also try this one for size.